Our training grounds consist of 100 acres with numerous ponds, including tech water, all hand crafted by the field trial legend, Judy Aycock. These training grounds allow us to prepare dogs for many hunting and field trail situations.

What is “tech water”? This is a specially designed pond (or ponds) crafted for the training of Field Trial retrievers. Tech water is short for technical water. These tech ponds will have numerous points, islands and channels, making them technical in their appearance. Technical training grounds are key in training retrievers for AKC Field Trials.

Below you will see that our training grounds feature 27 islands, numerous points and peninsulas, along with many channels and levies to challenge the dogs. 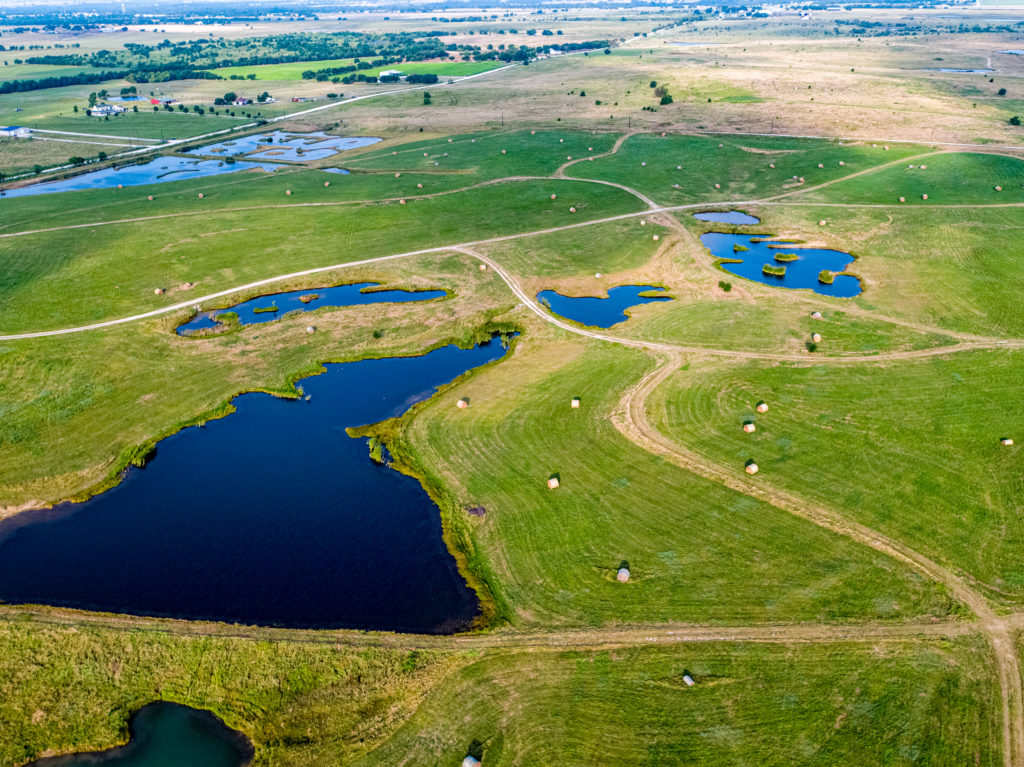 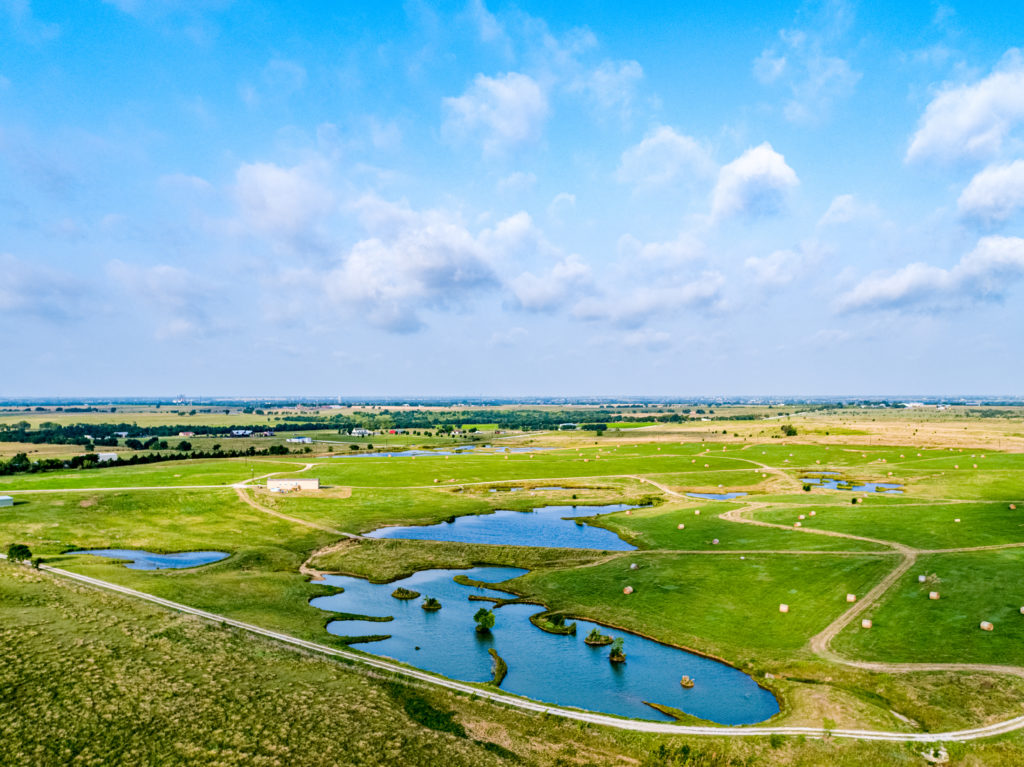 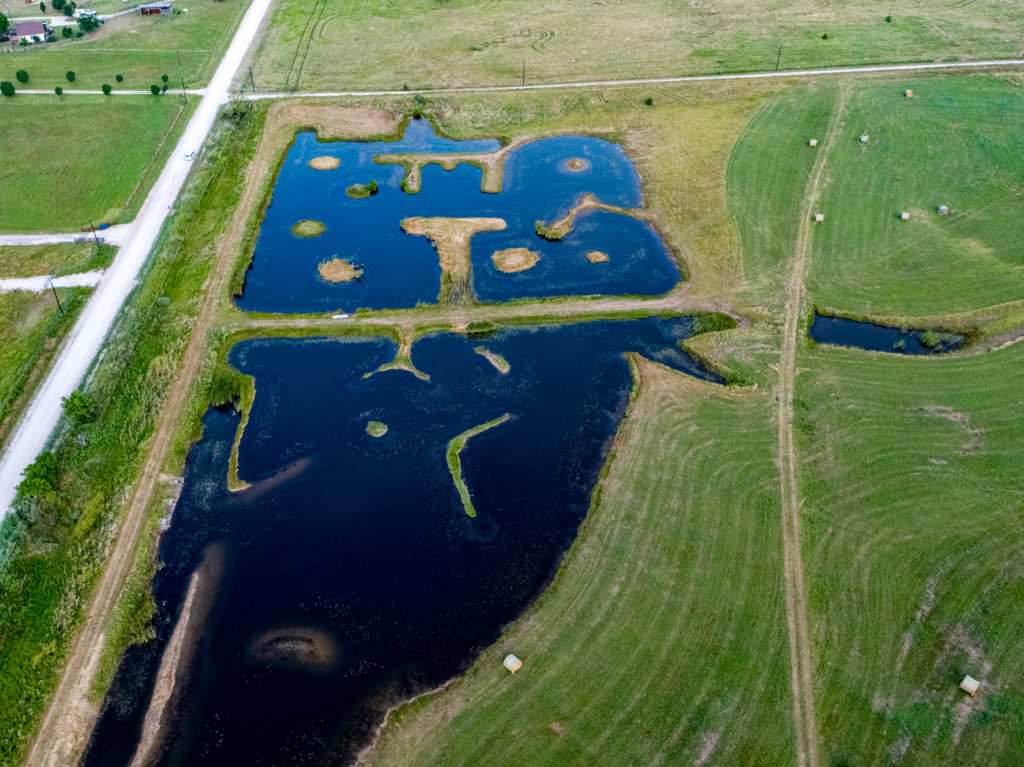 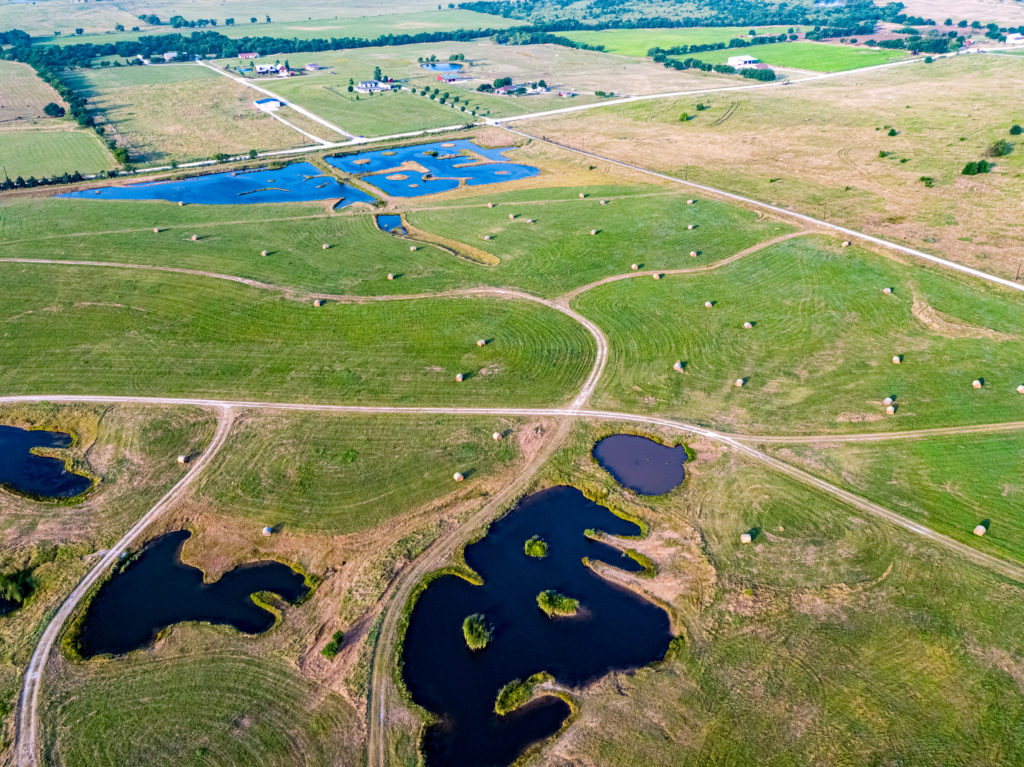 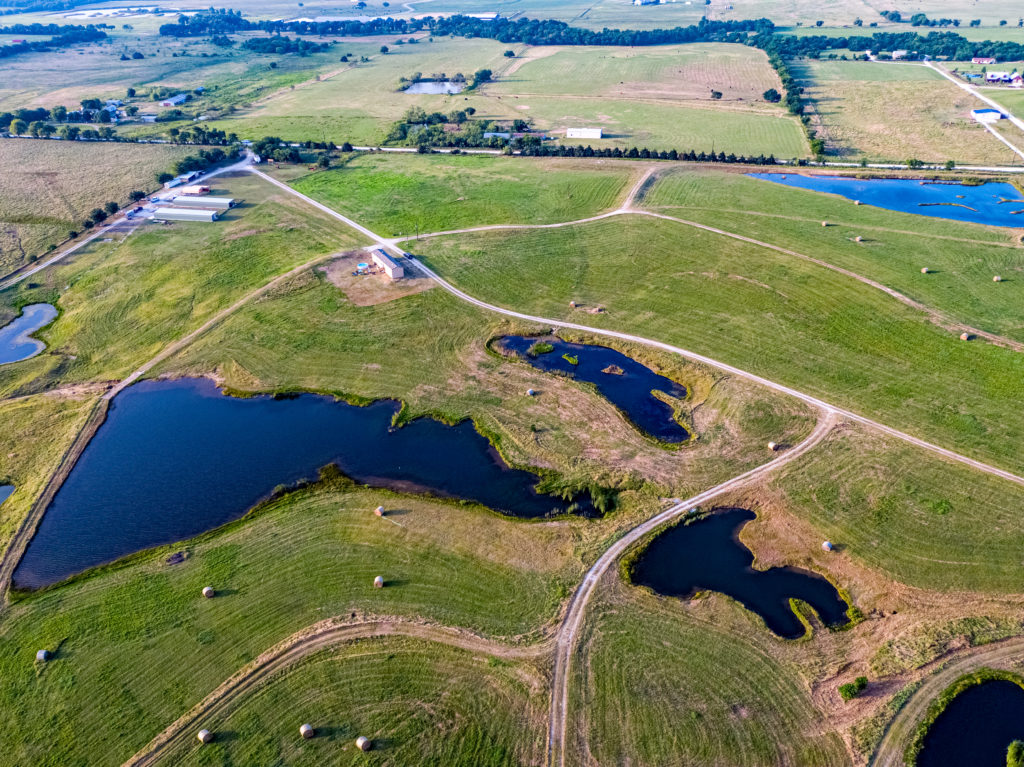 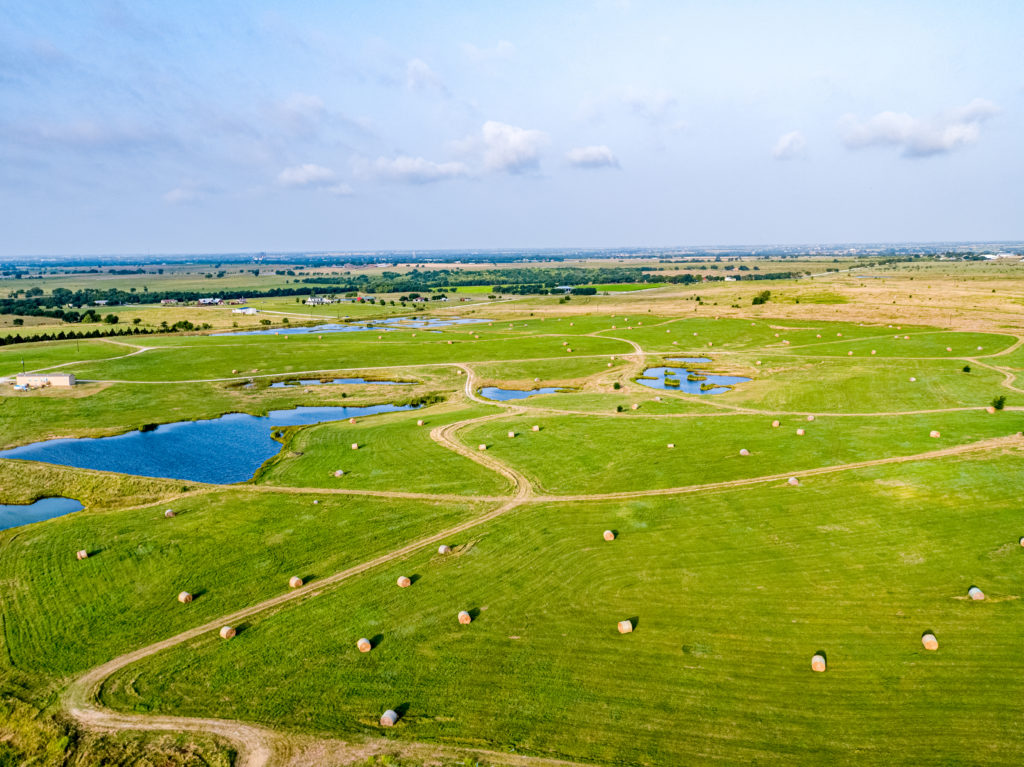 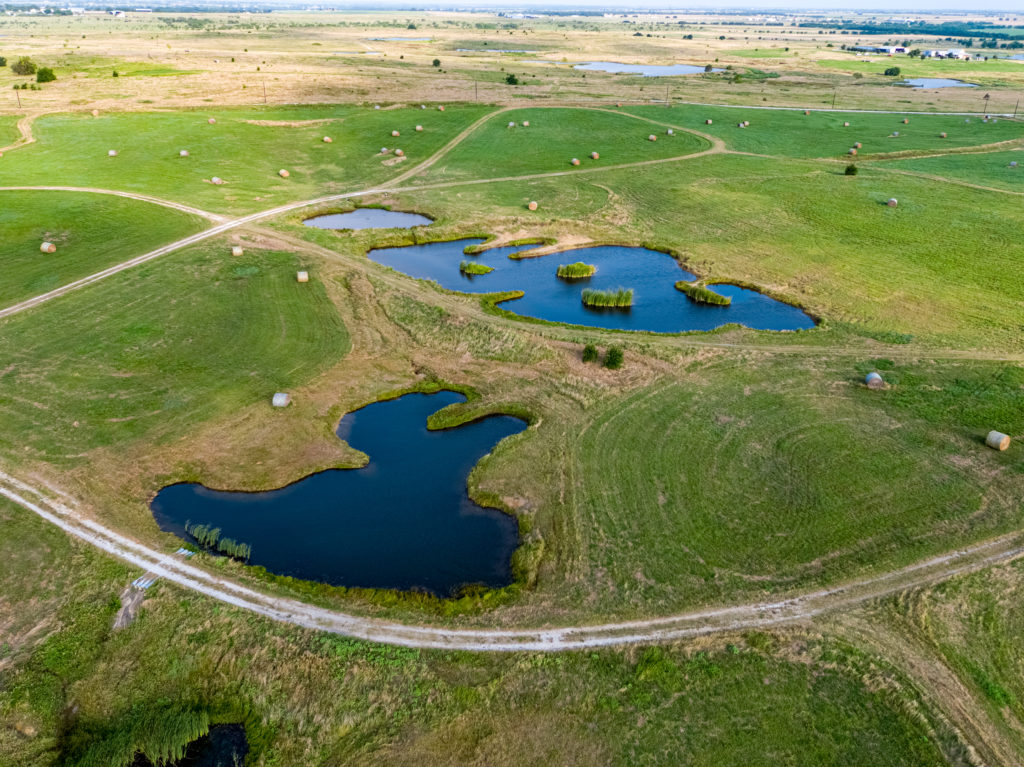 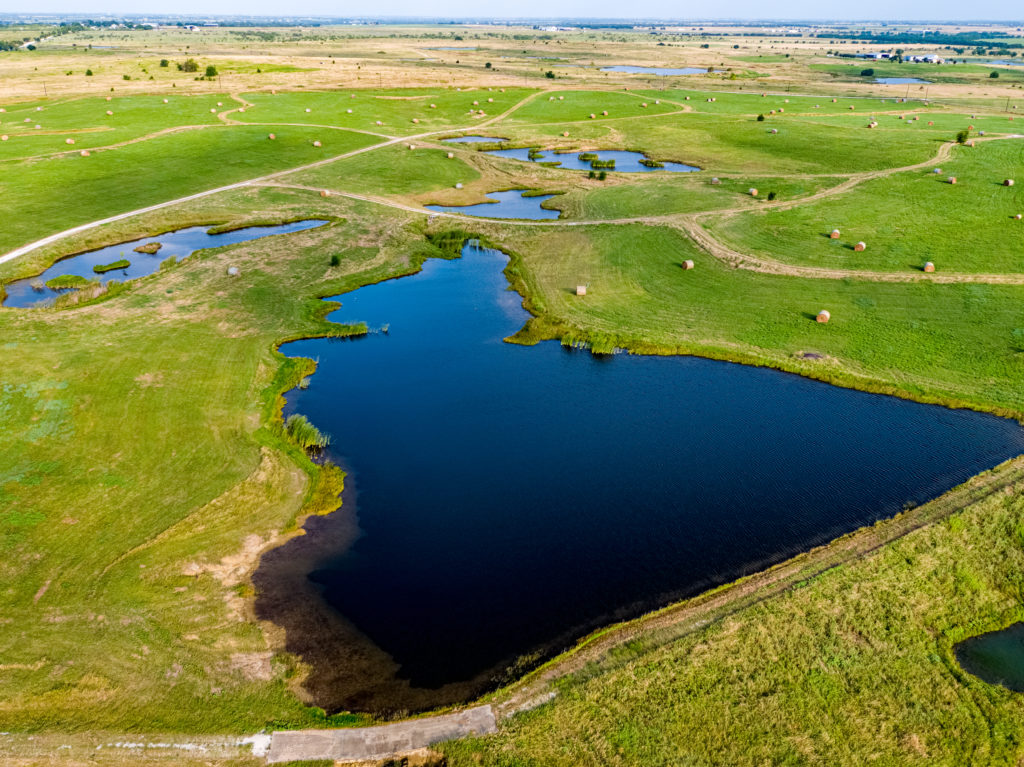 The history of AKC retriever field trials is a rich one. Below is taken from the AKC website:
https://www.akc.org/sports/retrievers/field-trials/history/

In 2001, 142 clubs held 237 licensed trials for all Retriever Breeds across the United States. A National and National Amateur Championship Stakes were held for those qualified Retrievers by the two national clubs formed specifically to put on these events annually.

Considering the fact that the first Chesapeake Bay Retriever was registered in 1878, six years before AKC’s founding, it is hard to believe that the still burgeoning popularity in Retrievers began only some eighty years ago in America. Labs and Goldens were not accepted in the Stud Book until 1917and 1925 respectively. It is also startling to note that only 64 Retrievers were registered in 1926. In 2001 this figure was to be 233,551 with 165,970 of these Labs, placing them first, with Goldens second in breed registration ranking.

The fortunes of the Retriever breeds in America, and the Labrador in particular, were tied to the fortunes of wealthy, Eastern estate owners who, accustomed to shooting in Scotland, began to import Labs from the British Isles in the late 1920s and early 1930s. Since the imports were strictly hunting dogs, the owners saw no reason to register their imports with AKC.

And along with the dogs came young Scottish gamekeepers and kennel men to train them.

Noted American Retriever owners of the late 1920s and early 1930s and their “imported” trainers included:

1931 saw the organization of the Labrador Retriever Club, with Mrs. Marshall Field as its first president. On December 21 of that same year, it put on the first field trial for Retrievers in America on the eight-thousand acre Glenmere Court estate of Robert Goelet in Chester, New York-deliberately holding it on a Monday so that it would not attract a gallery. The George Foley Dog Show Organization of Philadelphia managed the event for the few dozen wealthy competitors. Although the program states that it was held under AKC and Labrador Retriever Club rules, the accounts of the trial indicate clearly that it was run under British rules. Mr. and Mrs. Field took first and second placements respectively in the Open All-Age Stake. W. Averell Harriman won the American-Bred Stake.

The trials that followed continued through the 1930s in the hunting tradition of the British rules until increased entries and the development of sophisticated training methods assured the impracticality of British trialing procedure in America. Controlling the dogs by whistle, voice, and hand commands (handling) revolutionized the sport, starting in the 1940s. Today’s trials for Retrievers, in spite of the dictates of the AKC rules, no longer represent practical hunting situations.

With the current popularity of the Retriever breeds as superb hunting companies, both in duck marsh and in pursuit of upland game, came a growing desire from a large group of non-trialers to have an organized activity where their Retrievers could be tested under simulated hunting situations. In 1983, the North American Hunting Retriever Association, the parent association for this new sport, developed the necessary set of regulations and field procedures, and these received AKC Board approval. The first AKC-sanctioned Hunting Retriever Field Test was held in Richmond, Virginia, in February 1984 and drew and entry of over two hundred Retrievers.

And so with the addition of this new activity for Hunting Retrievers, and with the ever-expanding sport of field trials for the Retriever breeds still vibrantly popular, the future for a dramatic increase in participation in these two AKC field activities is almost assured.

The following additional milestone dates have been important in the development of field trials for Retrievers:

1932: First trial held by the American Chesapeake Club for Chesapeakes only

1940: First trial held by the Golden Retriever Club of America for Goldens only

call 903-271-DOGS or email [email protected]
Thank you for viewing our training grounds. We hope and believe these training grounds are gift to us so that we can train some of the best retrievers in the nation.